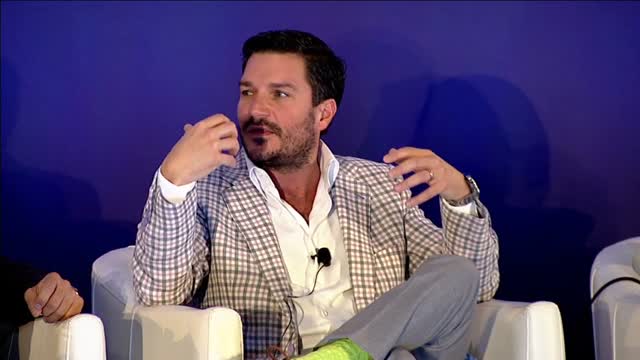 At the Corner of Music and Scripted Drama

Music is an essential part of contemporary scripted drama in the US and around the world. Music sets the mood, triggers powerful emotions and creates an intimate connection with the viewer. But when the storyline is inspired by a bigger than life musician or singer, or a series of events that are part of the musical landscape or an era, the connection with the viewer intensifies even further and provides a context in which the viewing experience can become an intense cultural phenomenon. Join a discussion moderated by Luis Silberwasser, President of Telemundo Network, and a group of experienced executives and writers who will share insights and review successful cases at the intersection of music and scripted drama such as NASHVILLE, GET DOWN and EMPIRE in English, or CELIA, HASTA QUE TE CONOCI and the upcoming dramatic series GUERRA DE IDOLOS and bio-musicals on Jenni Rivera and Selena in Spanish. This session will get your creative juices going and will offer an opportunity to have a vigorous exchange with a select group of English and Spanish-language producers and directors, as well as writers, musicians and record label executives.