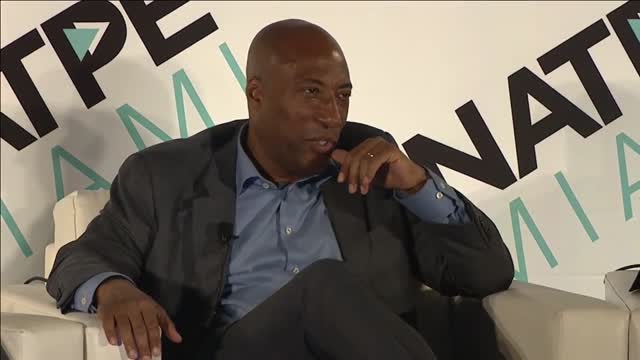 In his 37th consecutive NATPE, Byron Allen, the founder, chairman and CEO of Entertainment Studios will give us a look inside his business and strategy – which has propelled the dynamic comedian to Hollywood Mogul status with his 2017 highest-grossing independent shark thriller, 47 METERS DOWN and a slew of up-coming, wide-release motion pictures. On the verge of his 25th anniversary later in 2018, Mr. Allen will discuss how he has built a vast and successful business that includes syndication, first-run production, HD cable networks, OTT [Sports.TV], digital content, podcasts and now motion pictures. He and Entertainment Studios President of Television Distribution, Andrew Temple will share their insights on the importance of being a truly independent studio in Hollywood, and how the many business lines of Entertainment Studios are now aligned to support broadcasters with new synergies, partnerships and content distribution models in today’s fluid entertainment and media marketplace.