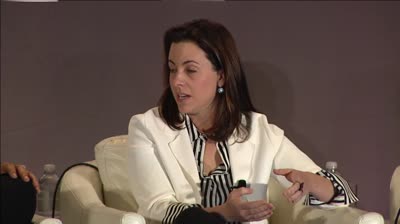 Latin America and the U.S. Hispanic Market – The Big Picture

Join us for a unique Global networking opportunity, and enjoy a Continental Breakfast (from 8:15 – 9:00 AM) while making and strengthening connections that will grow your international business. Our breakfast networking session is followed by an extremely informative panel discussion from 9:00 – 9:45 AM. Latin America is famous for quality television shows which have captured audiences around the world, and in 2017 the region will once again be amazed by the offerings for Latino viewers as well as global audiences. NATPE17 welcomes Latin America’s top television executives, participating in an informative session which will offer a thorough update on the state of the region’s media market. This discussion will look closely at the issues impacting the local industry and preview what opportunities exist for the future domestically and internationally. Among the key topics to be explored: What are the most successful, Latin American programming trends? How are production plans and budgets prioritized among formats and platforms, from long-form telenovelas and super-series to short-form content for the web and mobile users? How are Latin American companies synchronizing in terms of co-productions and international distribution? The health of the broadcast network and cable channel businesses depends on new ways of working with advertisers; which strategies have proved strongest? These Latin American media leaders manage changing viewing habits, produce engaging content across multiple devices and screens and capitalize on the impact of social media to further the connection with audiences around the world. Learn how they do it by attending this detailed and important overview session.