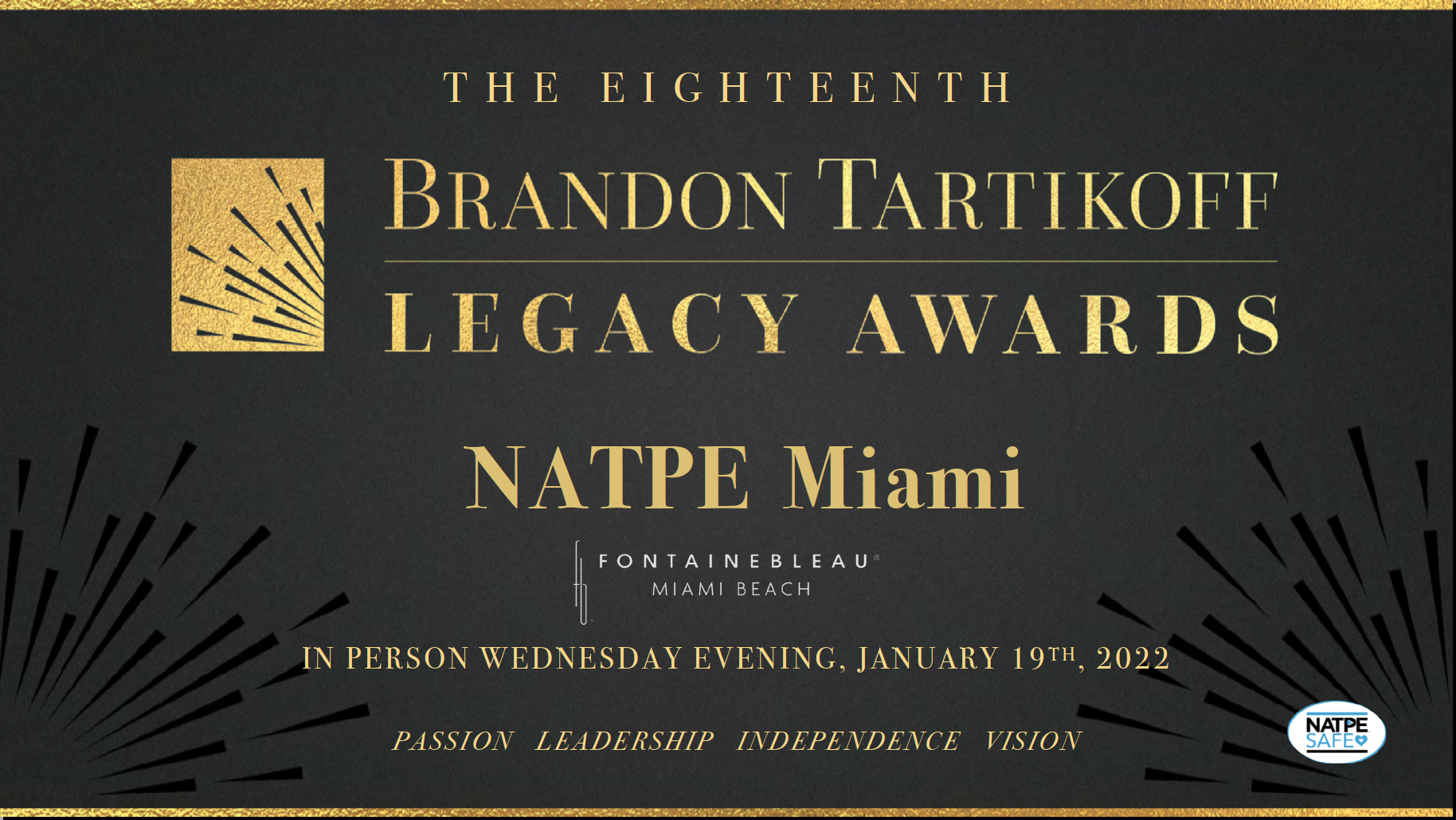 As the big night of celebration approaches, and NATPE endeavors to create the highest possible standards of health and well-being for our honorees and guests, we are continuing to work with the industry’s leading experts to ensure that all possible safety measures are being implemented.

An industry affair honoring professionals who have risen to set the industry’s gold standard – join NATPE in celebrating television’s biggest virtual award ceremony where artists, creators, producers, musicians and leaders come together as a family to embody Brandon’s legacy. The event will be live, in-person during NATPE Miami with maximum protocols in place for the safety of the nominees, presenters and guests.

Named in honor of Brandon Tartikoff, one of the medium’s greatest programmers, the Legacy Awards were created to recognize an elite group of professionals who exhibit extraordinary passion, leadership, independence and vision in content programming. Brandon had an unmatched love for television, life and family. He will always be remembered as TV’s boy genius and among the most gifted programmers of his generation.

Join Your Peers From Every Sector of the Business

“In the not very distant future, we’re going to go several steps further, someday…you’ll come home from a hard day at the ofﬁce, ﬂip on your computer and ﬁre up the video menu…Instead of someone like me deciding what goes on the air and when, you’ll be making the decision for yourself. You too can be your own television programmer …I hope you have as much fun as I do.”

Proceeds from the show benefit the NATPE Educational Foundation.

The NATPE Educational Foundation empowers the next generation of Media and Entertainment leaders by providing them the tools to secure internships, employment and nurturing their careers forward. We provide opportunities through innovative educational opportunities, essential development, mentorship and access to connections within the Media and Entertainment community.

For more information on the Brandon Tartikoff Legacy Awards, please contact us.