Ana Bond is currently Senior Vice President & Managing Director of International Production for Latin America & US Hispanic at Sony Pictures Entertainment. Bond oversees the company’s development and production business across the region with headquarters in Miami and offices in Mexico and Colombia.

Prior to joining Sony, Bond was SVP Business & Strategy at W Studios, a Univision joint venture for content development and production for US Hispanic audiences. She led the design of the business model for its creation and served on the company board while supporting all areas of the company as well as collaborating with the creative team in successfully executing on a common vision.

Ana was also VP of Business & Music Affairs at Telemundo Network Group, a U.S. Spanish language television network, owned by NBC-Universal and part of the General Electric family at the time, she was responsible for overseeing Business matters for the international Division; providing
advice on content sales and acquisitions, coproduction’s, new ventures and intellectual property. During her 9-year tenure at Telemundo, she held various positions working closely with the domestic and international Cable operations as well as scripted and entertainment productions. While at Telemundo, Ana transitioned to NBC as Media Counsel, for NBC News’ Division, supporting various NBC stations as well as 15 owned & operated Telemundo stations across the U.S. including Puerto Rico, News Bureaus for NBC-Telemundo in Mexico and several entertainment productions in Latin America.

Born in Venezuela and raised between Venezuela, England and Germany Ana currently resides in Miami, Florida with her husband Derek and son Nicolas. 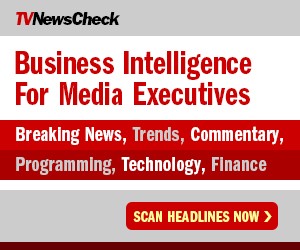