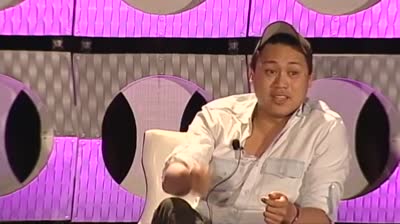 A Chat With Jon M. Chu

There is simply no medium or artistic challenge too daunting for Jon M. Chu, and today we have a chance to hear his perspective on all things television and otherwise. Having been one of the youngest directors ever to helm a blockbuster film franchise, to exploring new and undeniably creative ways in capitalize on digital and online opportunities, Mr. Chu has won acclaim – and awards – at every turn. His projects range from the cinema’s G.I. JOE: RETALIATION, JUSTIN BIEBER: NEVER SAY NEVER, and the STEP UP 2 THE STREETS franchise, to his groundbreaking and critically lauded web series, THE LEGION OF EXTRAORDINARY DANCERS (The LXD), and onward to his International Emmy-winning and pioneering work on multiple digital projects. In this one-on-one chat with Shira Lazar (Co-Founder/Host of What’s Trending), you will hear Mr. Chu’s thoughts on where he’s been, and, even more importantly, where he and our shared mediums are going next.