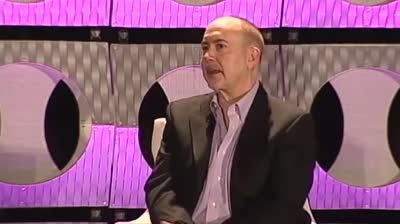 A Chat With Terence Winter

Mr. Winter has earned a richly deserved place in the pantheon of creative and artistic success stories, achieving many of his early Brooklyn-bred goals in his daring and groundbreaking efforts on landmark television programs. As executive producer, Mr. Winter helped change the very landscape of televised episodic drama with THE SOPRANOS, for which he also wrote 25 episodes and earned four Emmys (including one for the oft-cited favorite episode of many fans, “Pine Barrens.”) Now guiding the indelible and historic HBO drama series BOARDWALK EMPIRE, Mr. Winter also recently flexed his cinematic muscles with the powerful screenplay for Martin Scorsese’s THE WOLF OF WALL STREET. We are honored to have Mr. Winter join with moderator Jill Bernstein of Fast Co. for an intimate one-on-one conversation at NATPE 2014.