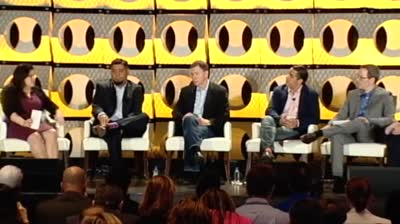 What’s Next in U.S. Hispanic Television?

¡La ola viene pronto! Over the past year, we have seen remarkable changes in the U.S. Hispanic television landscape: leadership shifts, the launch of a number of new networks aimed at bilingual and English-speaking Latinos and the emergence of a number of new players and buyers. This 2013 Multichannel News/Broadcasting & Cable “Guide to Hispanic Channels” lists 131 networks — more than ever before and up from about 114 channels a mere year ago. Companies like Procter & Gamble, McDonald’s, AT&T, Verizon, Toyota, General Mills and General Motors spend tens to hundreds of millions of dollars each year in Hispanic advertising. Spanish-language TV programming saw a 13.5% jump in ad spending, its seventh consecutive quarter of double-digit growth, with households spending an average of 17.3 hours per week watching Spanish-language TV. What do these changes mean for our business, as our audience grows to a 30% Hispanic base in the U.S. by 2050? What do you need to know now — and tomorrow — to be ready to take advantage of this dynamic audience? The industry leaders on our panel are at the epicenter of these remarkable changes, and NATPE encourages you not to miss this report from the primera línea.