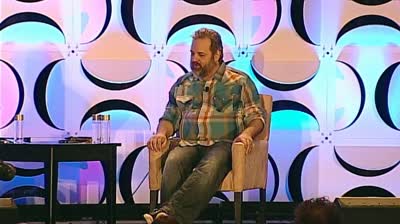 Dan Harmon is the Emmy® winning creator/executive producer of the comedy series COMMUNITY as well as the co-creator/executive producer of Adult Swim’s RICK & MORTY. Harmon went on to create, write and perform in the short lived VH1 sketch series ACCEPTABLE TV before eventually creating the critically acclaimed and fan favorite comedy COMMUNITY. The show originally aired on NBC for five seasons before being acquired by Yahoo, which will premiere season six of the show in 2015. In 2009 Harmon won an Emmy for Outstanding Music and Lyrics for the opening number of the 81st Annual Academy Awards®. In a world filled with unique talents, Harmon qualifies as one of the uniquest. Don’t miss this wide open conversation with a truly brilliant comedy creator.