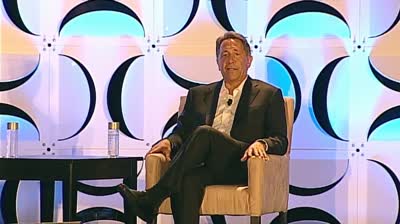 Embracing the “New Mainstream”: A Conversation with Joe Uva, NBCUniversal

NBCUniversal reaches over 90% of the 56 million Hispanics living in the US every four weeks regardless of language preference. With Joe Uva’s appointment as Chairman, Hispanic Enterprises and Content in 2013, NBCUniversal is the only major media company in the US that has embraced the Hispanic opportunity at the highest corporate level. Since then, Uva has focused on diversifying Telemundo’s programming by leveraging successful franchises from other NBCU networks like NBC’s The Voice, Bravo’s Top Chef, Access Hollywood and NBC Sports’ Barclay’s Premier League, in addition to transforming mun2 into NBC Universo, a bi-lingual general entertainment cable network for Latinos that will be home to the world’s most watched sporting events, the FIFA World Cup, the Summer Olympics and the Super Bowl. He has also commissioned “America Reimagined,” a groundbreaking study that will help the company better integrate and enhance its efforts to capture the opportunity represented by the “New Mainstream”. Find out where this inventive and insightful media visionary will travel next by attending this border-free session!