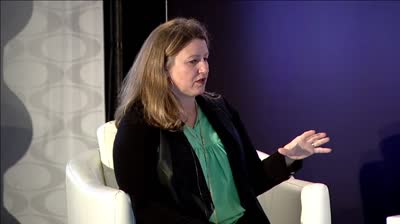 New Deals and Future Partnerships – Getting Your Idea To The Marketplace

New Deals and Future Partnerships - Getting Your Idea To The Marketplace

Start Day Two of your NATPE17 experience with this breakfast and networking opportunity, coupled with a high-level discussion among the leaders in the Station Group space. The syndication program landscape has always been a challenging business. Finding the right program is usually the hardest part, but getting it to the marketplace is usually even harder. Until recently, broadcasters relied solely on the major studios to produce the majority of their daytime, early fringe and access time period programs. But some broadcasters are filling their lineups by producing and distributing their own programs as well as continuing to clear shows from the studios. Some projects are being doing solely “in house” while others are being under strategic partnerships with outside production groups. What are the winning strategies and what are the challenges? Our panel of broadcast and external developers will have the answers, and you’ll also walk away with new and intriguing business opportunities for the New Year. (Note: Our doors will open for breakfast and networking at 8:00 AM, with the panel discussion beginning at 8:45 AM.)

New Deals and Future Partnerships - Getting Your Idea To The Marketplace