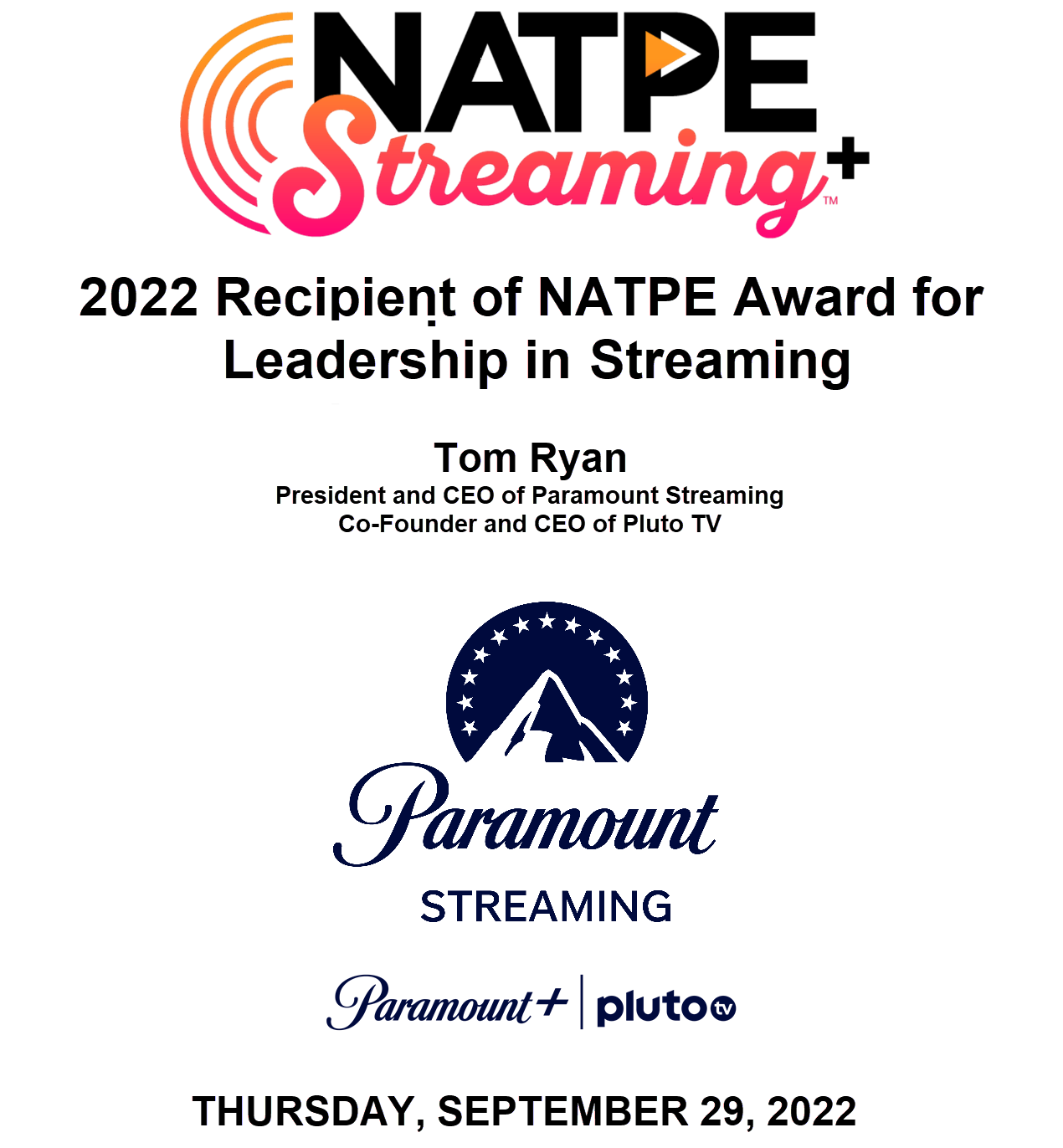 Tom is receiving this inaugural award because he has set the example of the kind of innovation, entrepreneurship, and determination needed to build the streaming television industry. He is a pioneer in the business of streaming and is responsible for one of the industry’s biggest success stories. As co-founder and CEO of Pluto TV, Tom successfully established and led Pluto TV to become the industry’s leading free ad-supported streaming television (FAST) service which surpassed $1 billion in revenue in 2021. In late 2020, Ryan was named President and CEO of Paramount Streaming where he spearheaded the launch of Paramount + in early 2021. Today, he is responsible for the global streaming and direct-to-consumer business for Paramount Global, one of three pillars of the company alongside the Film and TV divisions. Paramount Streaming encompasses free and paid streaming services including Pluto TV with nearly 70 million global monthly active users, and Paramount+, which currently serves 43 million subscribers worldwide.

Thank You to Our Sponsors and Partners