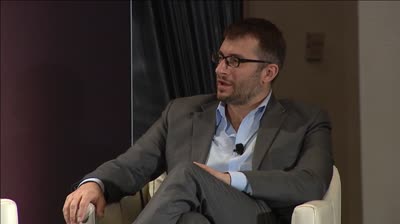 The Business of Scripted: How Players Must Adapt in a Rapidly Changing World

There were nearly 500 original scripted series produced for U.S. TV outlets in 2016, and even more is on the horizon for 2017. Is there a bubble, and who might get hurt when it bursts? Some of TV’s most powerful decision makers discuss what keeps them up at night, and how they’re adjusting to the future. Are pre-sold intellectual property titles the answer, or do original hits like “This Is Us” prove the contrary? Will “skinny bundles” thin the programming herd, or are streaming services, as they ramp up production, picking up the slack? Has the high price for major talent gotten out of control, or is the arrival of A-list stars validation that TV is more relevant than ever? Do ratings no longer matter, or is it still important to fairly judge what’s working? TV will continue to evolve at a rapid-fire pace in 2017 with mega-mergers and new distribution platforms on the horizon. That’s why this is a must-attend session for anyone who wants to stay on top of the future of scripted content, and it’s only at NATPE 2017!
Moderator(s):