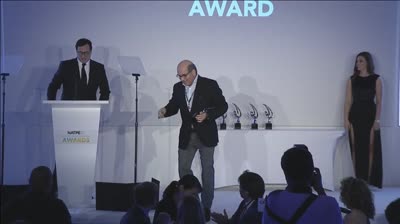 The 3rd annual NATPE Reality Breakthrough Awards are designed to honor programs and people that “broke through the clutter” in the preceding year, as well as becoming part of the cultural conversation and generally altering the expectations of what constitutes a reality program. We will recognize those shows and personalities that became the talk of the industry and the nation. Which shows attracted the most interest? Raised the most controversy? Garnered the most praise? If it was part of the national dialogue, it deserves to be nominated here. These breakthrough shows are leading the conversation when it comes to talking about Reality and Non-Scripted programming. Plan to join us on Tuesday, January 17th, for this exciting and inspiring luncheon and ceremony!