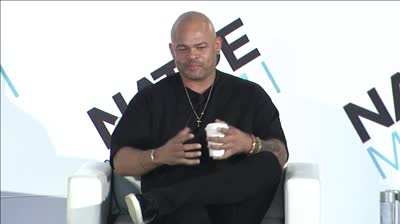 FX’s AMERICAN CRIME STORY on O.J.’s “Trial of the Century” was one of the biggest critical and commercial hits of 2016 and Anthony Hemingway was an integral part of its success. At the same time, he was directing and executive producing another acclaimed historical drama, WGN’s UNDERGROUND. Now, the director of the acclaimed feature film RED TAILS is bringing us USA’s UNSOLVED, for which we’ll get a sneak peek, exploring the decades-old mystery of the murders of hip-hop legends Tupac Shakur and Biggie Smalls. Hillary Atkin will guide the audience through a unique conversation with Hemingway that touches on the challenges of depicting real people, living and dead, creative uses of music and shepherding provocative content to the screen.