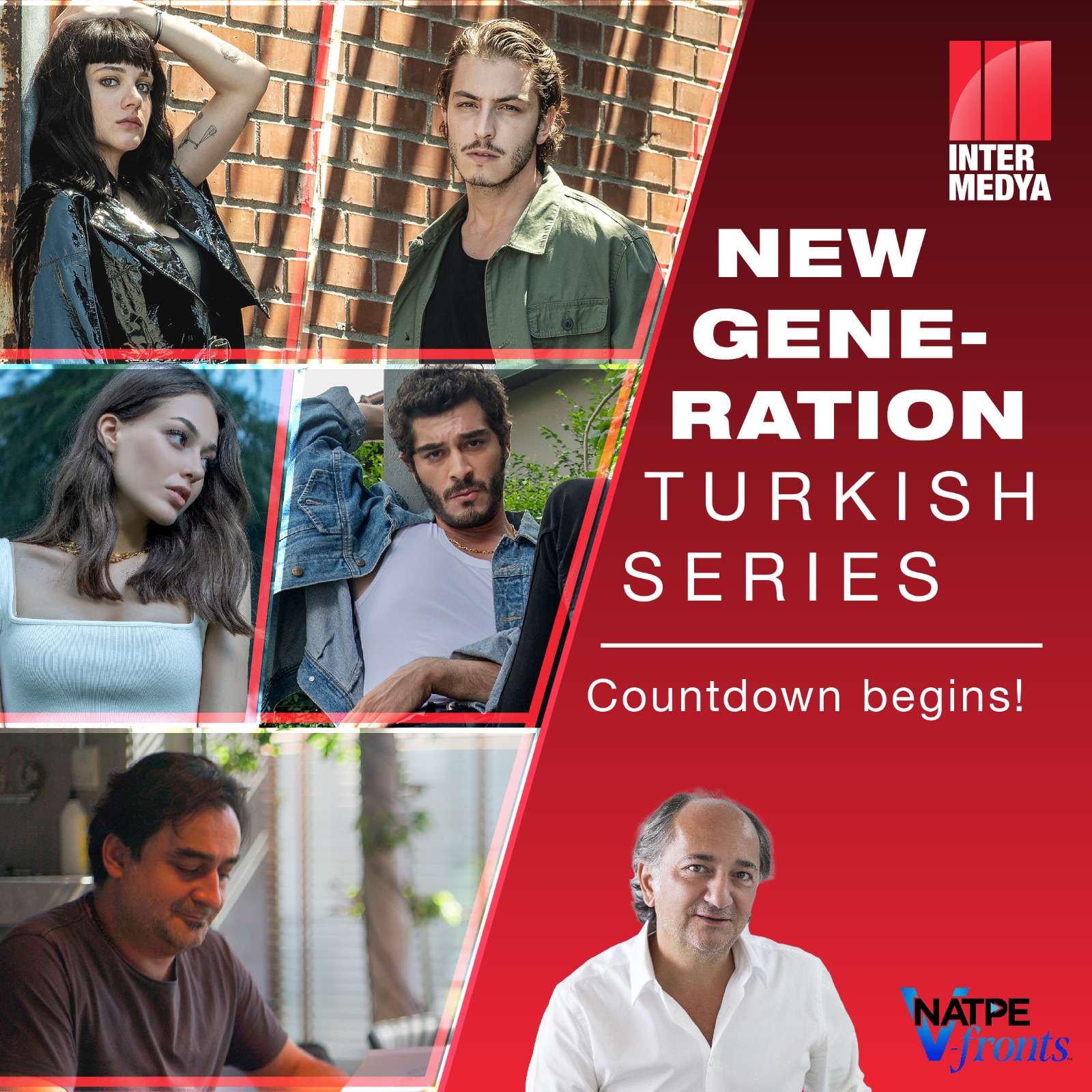 Inter Medya presents the new rising category of the company’s catalog, Mini-Series. Inter Medya calls these mini-series “The New Generation Turkish Series”. They usually have between 6 and 10 episodes each season and the lengths vary between 25 and 60 minutes each episode. These productions stand out for being brave, bold and edgy.

In this session, Inter Medya will be hosting the rising stars of Turkey’s new generation and two great directors of the mini-series RESPECT and INTERRUPTED. Moderating by Ahmet Ziyalar, President and COO of Inter Medya, the guests will talk about the new path of Turkish series which bring different interpretations to the Turkish drama codes. At the same time, actors and directors will be sharing their memories and experiences during the filming process. The guests will be discussing the shift away from the traditional to new generation of the Turkish series focusing on the mini-series RESPECT and INTERRUPTED. Both of these series has been premeried on BluTV, the first SVOD platform of Turkey.

RESPECT, produced by Inter Medya, is a crime story that communicates a variety of human feelings and situations. With strong dramatic elements, it also boasts a humorous tone. The two young characters appeal to young audiences while almost all of the criminally charged characters that we see in the series are inspired from disturbing stories happening in Turkey, that we encounter in our daily lives but cannot speak of. The flow of the story and the journey of each character are shaped by the question of justice, injustice and the nature of crime. It is a crime story that has established a different rhythm and narrative language and put human relations and emotions at its core.  RESPECT, with its fast-paced narration that includes time lapses and parallel universes, also presents the highly layered story of Ercüment Çözer’s (Nejat İşler) world, as well as the young lovers Savaş (Boran Kuzum) and Helen (Miray Daner). The director (Ali Taner Baltacı) and two young talents of this out-of-box production will share their experiences and talk about this game changer production in the Turkish television industry with a story that has never been told and its high production quality that marks an important milestone in Turkey’s production history.

INTERRUPTED, produced by TIMS&B Productions, is a romantic drama, but not one of the standard romantic dramas we know, it’s also a fantastic dark comedy. A young and idealist journalist loses his life in an unfortunate traffic accident. But not everything is finished for him just yet. He gets a second chance in life. He’ll come back to life and find answers to the question marks he left behind his mysterious death. When Ozan (Tolga Sarıtaş) uses his chance to come back to life, he’ll find himself in Kadir’s (Burak Deniz) body. Elif (Dilan Çiçek Deniz) who is also a journalist will already be after the people who took Ozan’s life. In Kadir’s body, Ozan, tries to unveil the mystery of his death together with Elif. Not only does he suffer facing the woman he loves in a different body, but also encounters with Kadir’s past. Not just adapting to a new body, adapting to a whole new life will not come easy for him. The series is a story based on a fantastic idea and blends thrill, action, humor and romance. By coming together in this session, two young talents will talk about this powerful production that has been one of the rising mini-series on digital platforms in Turkey.

Founded in 1992 by Can Okan, Inter Medya started out as a film distribution company serving the Turkish film industry solely within the domestic market. Beginning in 2001, Inter Medya expanded its range to cover the Central and Eastern European markets, Russia and the CIS countries, Central Asia and the Baltic states. From 2007, the nature of the content Inter Medya provides has also radically changed: telenovelas “Made in Turkey,” TV series and to a lesser extent, Turkish feature films, started to draw broad interest from all these markets as well as the Middle East and North Africa. With solid market demands both local and international; and accompanied by strong governmental support, the Turkish film industry and TV content production business developed more and gained further stature. At the beginning of 2014, Inter Medya sold Turkish Drama series to Spanish-speaking TV channels in the United States and in 21 South American countries.

In 2016, Inter Medya started to develop and produce entertainment, reality and game show formats by bringing together a creative team and took important steps into becoming a significant content distributor in the field in both the local and international markets.

In 2019, Inter Medya launched its own production department by producing a sequel to the legendary criminal show Behzat C., for Turkey’s most important local SVOD platform BluTV. By taking important steps in international co-production projects, Inter Medya will pursue its journey as a producer as well as an international distributor.

Today, Inter Medya is an international company distributing content in over 140 countries and not just a successful content distributor but also a powerful business developer with very strong business relationships and a consultant with significant experience in the industry.