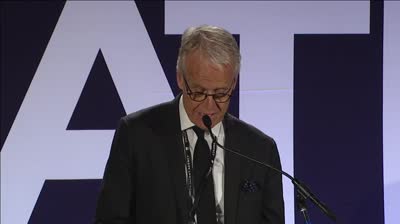 With friendship and sincerity, all NATPE17 attendees are invited and welcomed to the China Pavilion, a China Film & Television Forum, hosted by the China Television Drama Production Industry Association (CTPIA) and Jiangsu Broadcasting Corporation (JSBC), who on behalf of the Chinese media industry join us at NATPE17 to share wonderful and vibrant regional television programs with North America and the world. China as a country contains the largest market and TV audience in the world. With the rapid development of TV stations, Internet, theaters and other communication platforms, the production and broadcasting volume of Chinese film and TV programs are increasingly growing. Significantly, the country’s TV drama production reached 395 productions in total, and an astounding 16,500 episodes of scripted content. The China Film & Television Forum presents a rare opportunity to bring together these Far East media executives with their television colleagues leading the way in global drama, documentary and variety shows. “Communication, exchange, cooperation and discovery of mutual benefits” is the purpose and objective of the Forum; be a part of this unique NATPE17 experience, and you will see that objective fulfilled.